In search of the MacNab

Once again Autumn is upon us and with it comes one of the busiest periods for country people. Last month we saw the Glorious Twelfth and the opening of the Grouse season. We've just had the start of the Partridge season and packs of hounds up and down the country are out and about at the crack of dawn preparing for the season ahead.

Many of you will no doubt be aware of the MacNab. According to http://www.macnabchallenge.co.uk the Real MacNab consisted of a salmon on the fly and a stag, as the trio did in John Buchan’s John Macnab. They must be “poached” in legal sporting manner from an owner who accepts the challenge. Then there is the Classic MacNab of a stag, a salmon and a brace of grouse. This Macnab epitomises the best of country sports in the Highlands. A MacNab must be completed within 24 hours!

Whilst I'm unlikely to bag myself a Real or Classic MacNab. Those of you who have the dubious honour of knowing me on a person level will know that I'm always up for a challenge, so having spotted the MacCharlie, riding to foxhounds, the harriers and staghounds, I decided in quite possibly a moment of madness to create the MacHound. The MacHound consists of Beagles in the morning, Minkhounds at noon followed by Foxhounds in the evening.

So Friday night I set my alarm for 6:30am the next morning to begin my quest of the MacHound. First up, were the Royal Agricultural College Beagles who were meeting in a nearby village at 7am. The hounds were clearly pleased to be out and hunted their trails steadily and solidly. It was a shame that the field consisted of just my self and one other person as it was a lovely morning to be out. 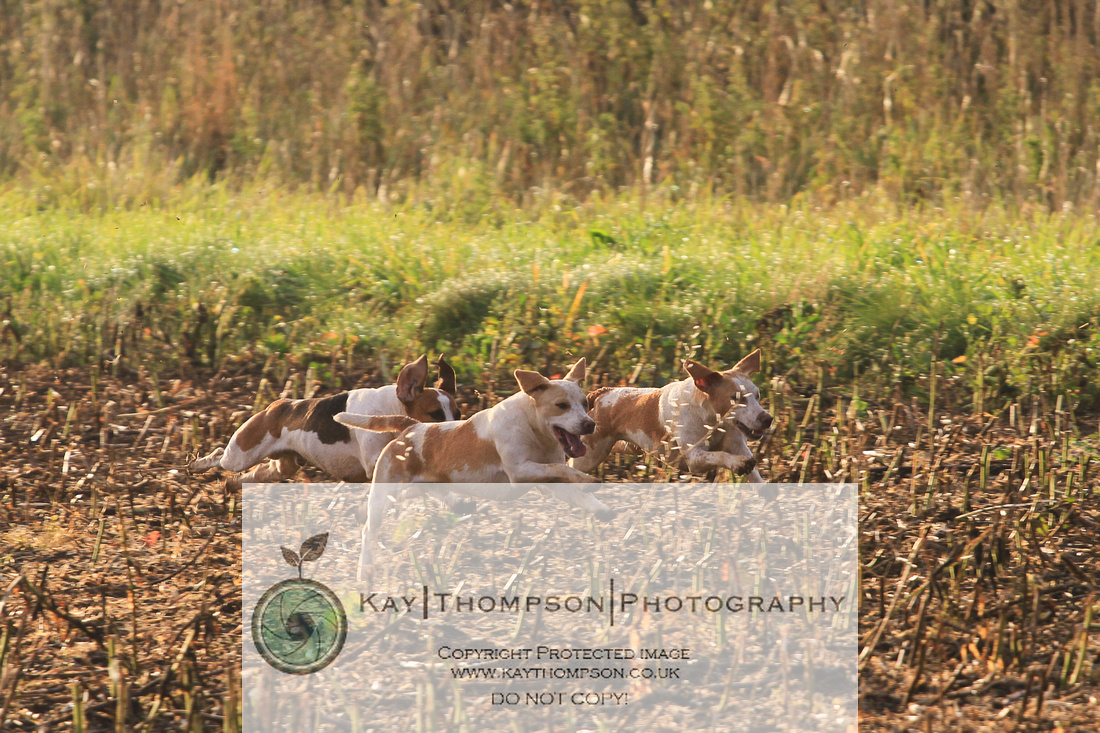 The RAC Beagles hot on the trail.

With the Beagles meeting so close to home I was able to pop home and quickly process the first batch of images knowing that I wouldn't have time later in the day! Part one of my MacNab inspired challenge complete.

At just gone 11am I headed across the border into Wiltshire for a meet of the Courtenay Tracy Hounds. I was introduced to these hounds last year, and I love being able to hunt all year round by following these lovable rogues along the river during the summer months. Although yesterday was much colder than previous outings along the riverbank! Being a small hunt, the pack consists of both full and part bred Otter Hounds and a few foxhounds thrown in for good measure! There are some real characters amongst the hounds and they make for interesting subjects for photographing. 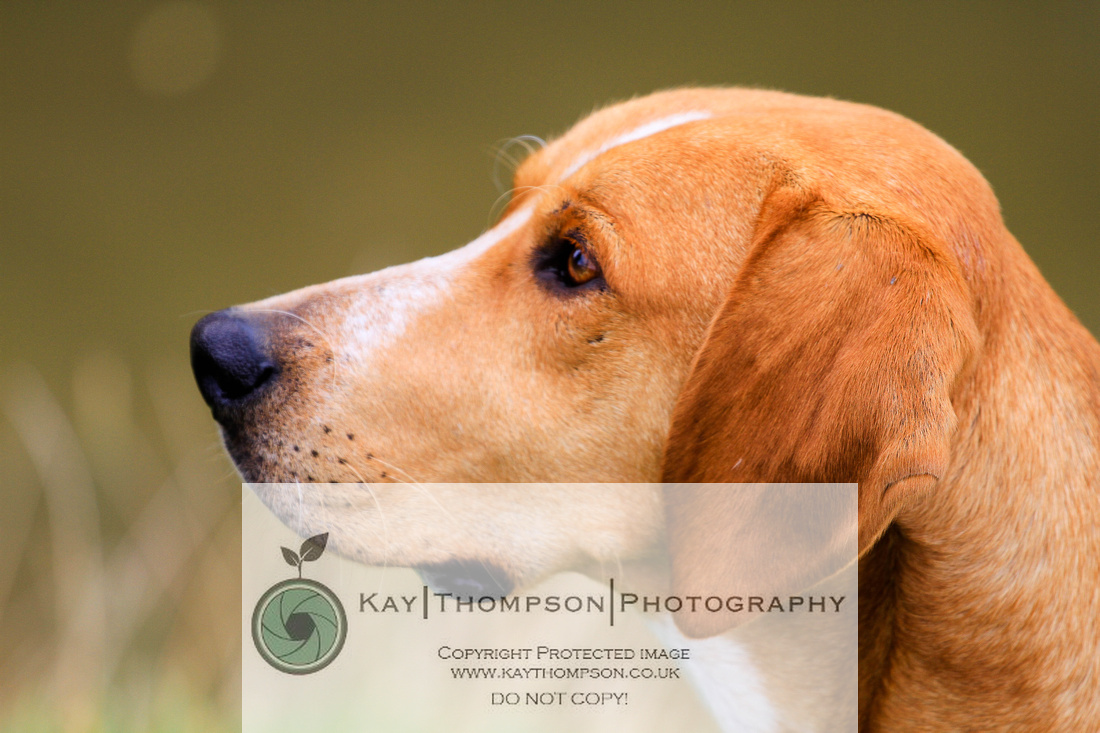 So after a couple of lovely hours out on the river it was time to head back to Gloucestershire to complete my three part quest. As luck would have it the VWH were having an evening meet which meant they were the final piece of the puzzle!

Having been out with the VWH earlier in the week with a rather small field it was lovely to see so many people out with these hounds and in such a pretty part of the country. It is one of the few meets where you can sit on the one side of the valley and watch horse and hound work on the opposite side just a short walk from the meet, which was just as well as my legs were beginning to tire! 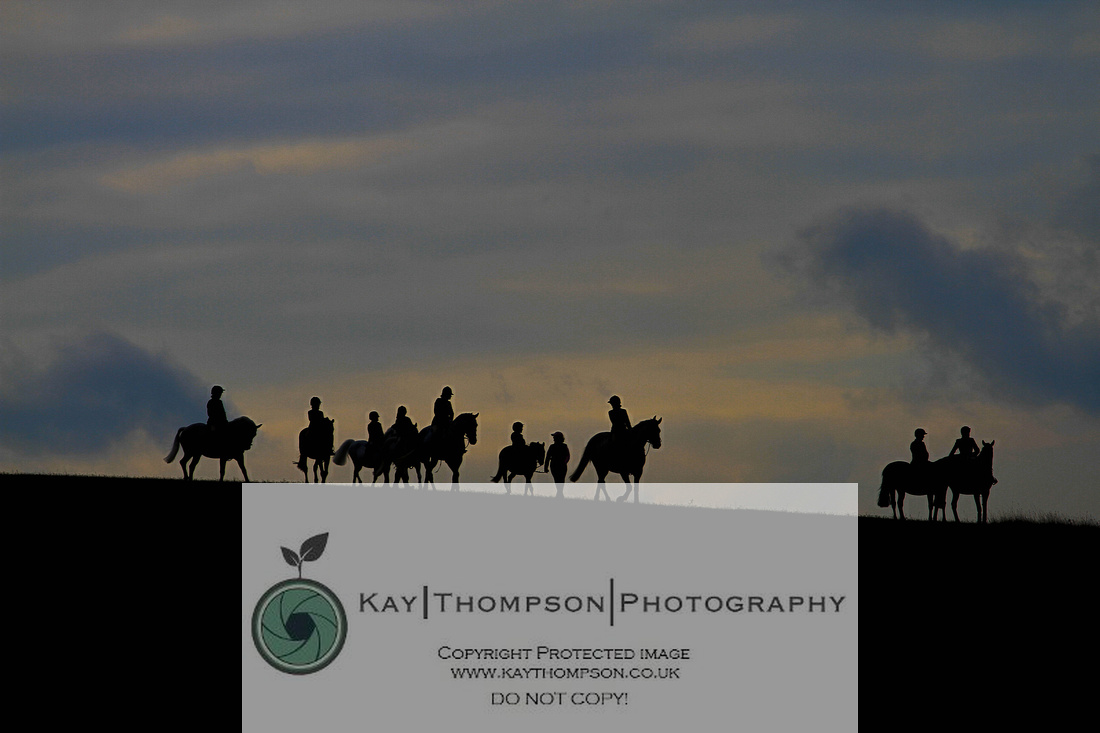 So within the course of 12 hours I'd seen the sun rise and set on three different packs and three breeds of hounds. My quest to bag an alternative MacNab was complete! There are a number of things which these packs have in common must the most striking for me is that they all have a strong future thanks to the younger generations they are encouraging. (More on that at a later date)