The past 10 days have been what can only be described as amazing. First I got an email from The Countryside Alliance asking me if I could attend an upcoming event they are holding at the RAC and photograph their animal welfare consultant Jim Barrington making the "Case for Hunting" and arrange a mini photoshoot with Jim and the Beagles. Then on Friday I got home from the office to find a letter from the Countryside Alliance informing me that I have been nominated for their awards which have been nicknamed the Rural Oscars. This came as a bit of a shock and I am extremely grateful to who ever nominated me! As it was also my birthday on Sunday, this was quite possibly one of the best things I could have asked for.

The RAC Beagles had their Opening Meet on Saturday 27th, which was well attended by both students and outside supporters. In the past 13 seasons, I have only missed this meet once, which I am rather proud of! In fact it was this meet back in 2008, where I decided to borrow a DSLR camera from work and take it hunting! A spur of the moment decision which I have never looked back on and the rest is history!

Saturday had to be one of the coldest day's I've ever hunted in thanks to the relentless wind, but the hounds didn't seem to notice and it was lovely to see Libby, the huntsman draw the hounds over a field directly in front of the college. 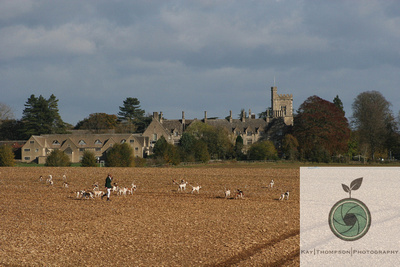 This Saturday I will be out with the VWH for their Opening Meet, and thanks to the phone call I received yesterday morning, I will also be the official photographer at their hunt ball in the evening! As well as photographing the event I have also donated an hours photo session to the silent auction so it will be interesting to see how much money that helps raise for the hunt.

Talking of auctions, the RAC Beagles had their auction on Friday and I came away with a days beagling with the Stoke Hill and Dartmoor Beagles which I'll probably take early on in 2013. I'm looking forward to adding a new pack to my list!

Until next time, happy hunting!